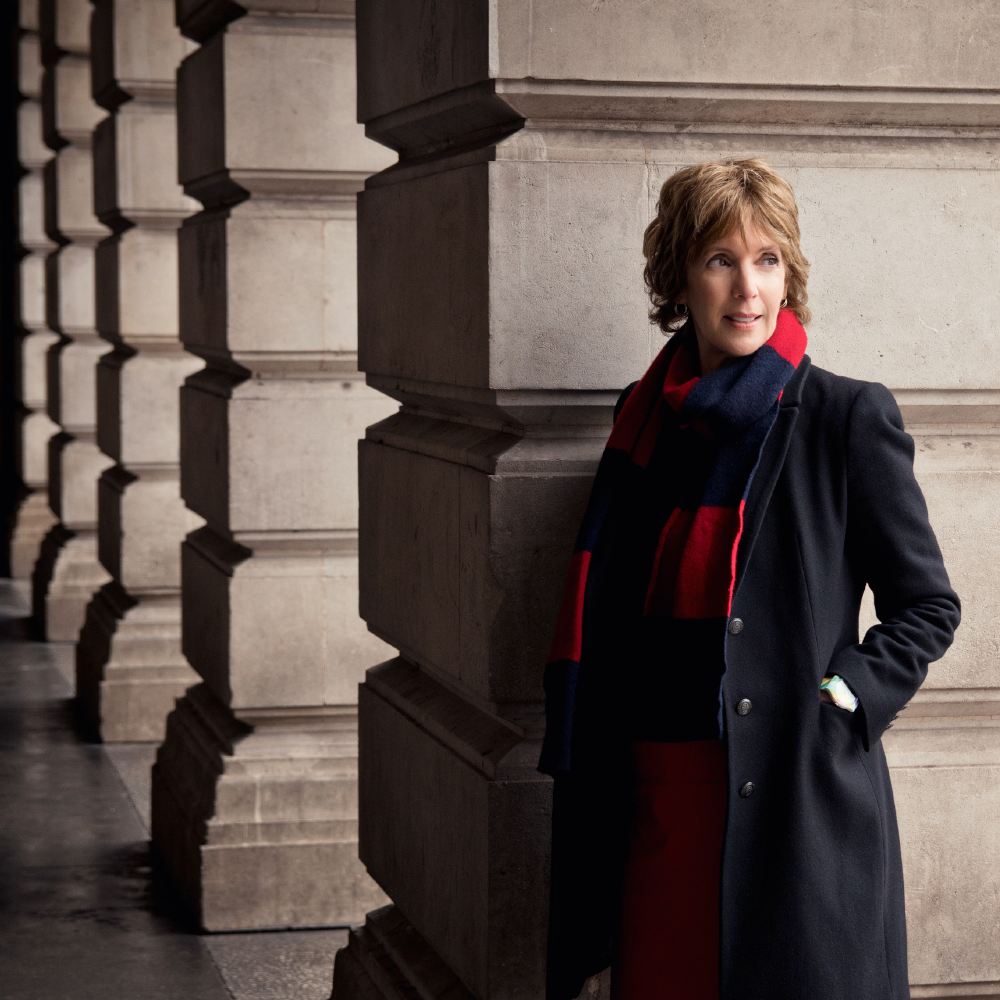 Born in London, 1951, Cecilia McDowall has been described by the International Record Review as having ‘a communicative gift that is very rare in modern music’. Often inspired by extra-musical influences, her writing combines a rhythmic vitality with expressive lyricism ‘which is, at times, intensely moving’. She has won many awards and has been short-listed several times for the British Composer Awards. Her music has been commissioned and performed by leading choirs, including the BBC Singers, ensembles and at major festivals both in Britain and abroad and has been broadcast on BBC Radio and worldwide.

Her recent commissions include the Musicians Benevolent Fund St Cecilia anthem for the service of St Cecilia at St Paul’s Cathedral, sung by the joint choirs of Westminster Abbey, Westminster Cathedral and St Paul’s Cathedral, and liturgical works for Durham and Liverpool Cathedrals. Future works include commissions from the BBC (for Scunthorpe Cooperative Junior Choir, the winner of the BBC Radio 3 2008 Choir of the Year): the Welsh Chamber Orchestra, Jeremy Huw Williams, baritone, David Juritz, violin, conductor, Anthony Hose at the Beaumaris Festival; the Royal Scottish National Orchestra and Chorus in conjunction with the NE Community Choir for performance in Aberdeen in October, 2011, and from the City of London Sinfonia (a commission from the Scott Polar research Institute to celebrate the centenary of Scott’s death in 1912) which will be performed in the Birmingham Symphony Hall in February, 2012.

A recent commission, the Shipping Forecast (commissioned by the Portsmouth Choir), gained national media attention last year. Cecilia says, ‘There’s something rather beguiling and mysterious about the Shipping Forecast which sounds so poetic, but at the same time is very crucial to people at sea’. The work reflects the mystery and force of the sea, drawing together the poetry of Seán Street, the psalm, ‘They that go down to the sea in ships’, and the words of the Shipping Forecast itself.

Much of her music is on disc; the Deux-Elles label has recorded her works for flute and piano and wind ensemble, performed by Ensemble Lumiere and pianist, Richard Shaw (Piper’s Dream, 2002 – DXL1033) and includes the specially commissioned Arctic Circle (for piano and wind quintet). Dutton Epoch have released four CDs performed by the City of Canterbury Chamber Choir, Orchestra Nova, conductor, George Vass, and the Joyful Company of Singers, conductor Peter Broadbent. Three Antiphons have been recorded by the International Celebrity Trumpet Ensemble consisting of players from the Berlin Philharmonic and Vienna Philharmonic on the Brass Classics label. The renowned American choir, Phoenix Chorale, have recorded Three Latin Motets on the Chandos label (Spotless Rose: Hymns to the Virgin Mary).This CD won a Grammy award in February, 2009, and was nominated for Best Classical Album.