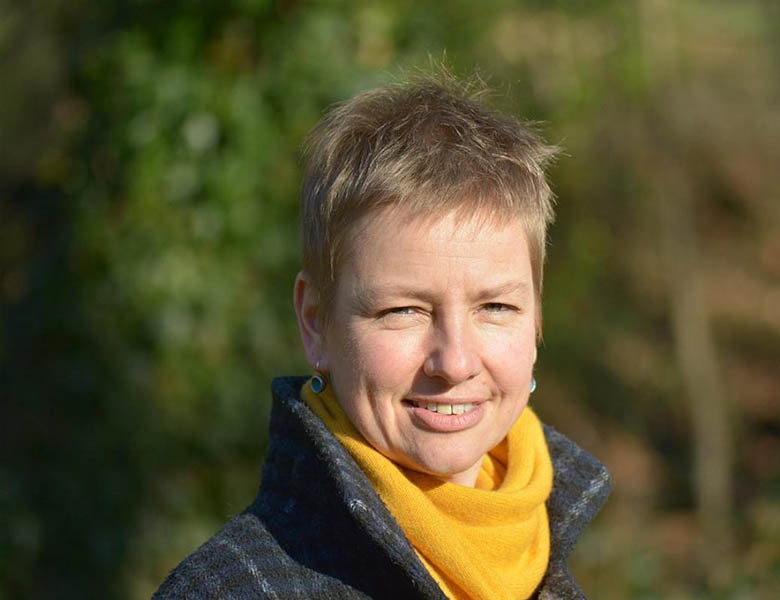 Steve Crowther: Can you tell us something of your background?

I studied music at Bath College of Higher Education (1989 – 1992) having made a last minute decision to focus on music instead of art or dance (on receiving my A’level results!). I have maintained an interest in the visual and dramatic arts, however, and many of my compositions incorporate elements of exaggerated physical performance or theatricality (to a greater or lesser degree), and my pieces are created and often notated in a visual way.

I completed a P.G.C.E at Bretton Hall, Leeds in 1993 and I have divided my time between composing and teaching since then. In 2001, I embarked on eight hugely enjoyable years of part-time study and completed a PhD in composition in 2009 at the University of Sheffield, supervised by Dr George Nicholson. During this time, I participated in some inspiring professional development schemes: C4K (Composing for Kids) and Sound Inventors (produced by the spnm – Society for the Promotion of New Music, now Sound and Music); the Jerwood Opera Writing Programme (2007);  and the HCMF (Huddersfield Contemporary Music Festival) & Nieuw Ensemble Yorkshire Composers’ professional development scheme (2009), which led to performances at HCMF and the Musiekgebouw aan’t IJ in Amsterdam. These schemes enabled me to explore and develop my writing, and offered me the opportunity to compose for diverse instrumental groups and learn from professional musicians directly; something I value greatly.

I am a member of Platform 4 – a Sheffield-based composer collective – with Tom Owen, Chris Noble and Tom James (also University of Sheffield alumni). Our focus is two-fold; producing and performing an exciting body of original work, and collaborating with a broad range of artists from other disciplines. I currently teach piano, composition and theory classes in Sheffield, and I am an ABRSM Theory examiner. I direct the Sheffield Viola Ensemble, and First Position Strings – an adult beginners string ensemble in Sheffield.

SC: Can you describe the programmed works to us?

JJ: Pacemaker for solo piano, was written for Ian Pace, and is a musical race against time. There are numerous ‘trip hazards’ which are intended to make every performance challenging and to add an element of jeopardy, as everything must be performed under pressure and against the clock. Ian will give the first performance at the Late Music concert on Saturday 4th December and, in doing so, will set the target for any subsequent performers to try and beat (hence ‘Pacemaker’!). Following this, performers can submit audio-visual recordings of their attempts to be considered for The Official Pacemaker Rankings where the fastest performance will take Top Rank position (to be listed on my website!). Although the concept suggests that the piece will be frenetic and flashy, this is not necessarily true as some gestures will demand careful effort. I hope that the piece will be as visually entertaining as it is aurally engaging, and that Ian’s virtuosic playing will be suitably challenged!

SC: Do you write at the piano, do you pre-plan? Can you describe the compositional process?

JJ: Every piece demands a different approach. I often use pencil line drawing in the early stages, however, in order to free up and to sketch without notational concerns which can slow the process down and lead to less inventive outcomes. I like to get a sense of the general shape and intention of the piece, and then focus in if, or wherever, more detail becomes important to me. If the structure works visually, it tends to translate well into sound. The question is; ‘how much control do I want to have over certain aspects – pitch, duration etc.’. I definitely go to the piano when writing for piano to check for practicality but, as with all instruments, I am limited by my own (in)ability, and this can restrict me so I wouldn’t necessarily start at the piano. That’s when working closely with a performer is a welcome luxury as you can edit bad decisions and find unexpected results in collaboration.

SC: Is it important to know the performers? Do you write with a sound in mind?

JJ: It can be helpful to know a performer’s attitude to certain aspects of performance, and to know what their strengths and interests are. In writing for Ian, it has not been possible to get together so I watched videos of him playing on YouTube and looked at the repertoire that he plays to get an idea of what he can do and what he ‘enjoys’. It is clear that his virtuosity means that technically there are no barriers, which is mind-blowing. With this in mind, I decided to challenge him from a different perspective: I am interested in the physicality of performers in ‘the act’ of performance, as there is an inherent theatricality in musical performance, unique to each performer. I have always enjoyed watching concerts as much as listening and, as a result, often choose to exaggerate or expose the visual aspect in my pieces. I am interested to see how Ian manages the physicality and theatricality of Pacemaker (and to compare that with any subsequent performances by other pianists).

SC: How would you describe your individual ‘sound world’?

JJ: I don’t know: I would love someone to tell me! It’s probably different for every piece! I know what interests me; drama, dynamism, humour, colour, texture, but that’s not the question…

SC: What motivates you to compose?

JJ: I want to know how certain things will sound, basically. I get urge to create, explore and learn.

SC: Which living composers do you identify with or simply admire?

JJ: There are many living composers that I admire and it’s mainly because they are capable of producing music that is far removed from what I do; delicate sound worlds with very precise and detailed technical writing that I am too impatient to write (or don’t have the expertise to write), or textures and forms that I can’t imagine, such as Cassandra Miller, John Croft, Mary Bellamy, Rebecca Saunders, Enno Poppe and Stacy Garrop. I am a massive Harrison Birtwistle fan because I like the humour in his music, and I enjoy anything with staging or a visual element: George Benjamin Written on Skin; Tansy Davies Cave; Claudia Molitor Decay; Widmann Viola Concerto. Sometimes, however, it’s the staging that excites me most, depending on the production!

SC: If you could have a beer and a chat with any composer from the past, who would it be and why?

JJ: I think it would take a few beers for me to feel brave enough to ‘chat’ with anyone I don’t know, that I admire so much, but Berio would be high on my list. I feel like, whatever I think of doing, it’s almost pointless as he has already done it.

SC: Now for some desert island discery – please name eight pieces of music you could not be without, and then select just one.

JJ: This list really depends what mood I’m in! So; this is a bit arbitrary but these pieces usually provoke an emotional response and do enough to maintain my interest on repeat listening:

Messiaen Quartet for the End of Time wins today.

JJ: The Big Lebowski directed by the Coen Brothers

JJ: A piano and a pile of music to romp through. Is that two things? I’ll need music…