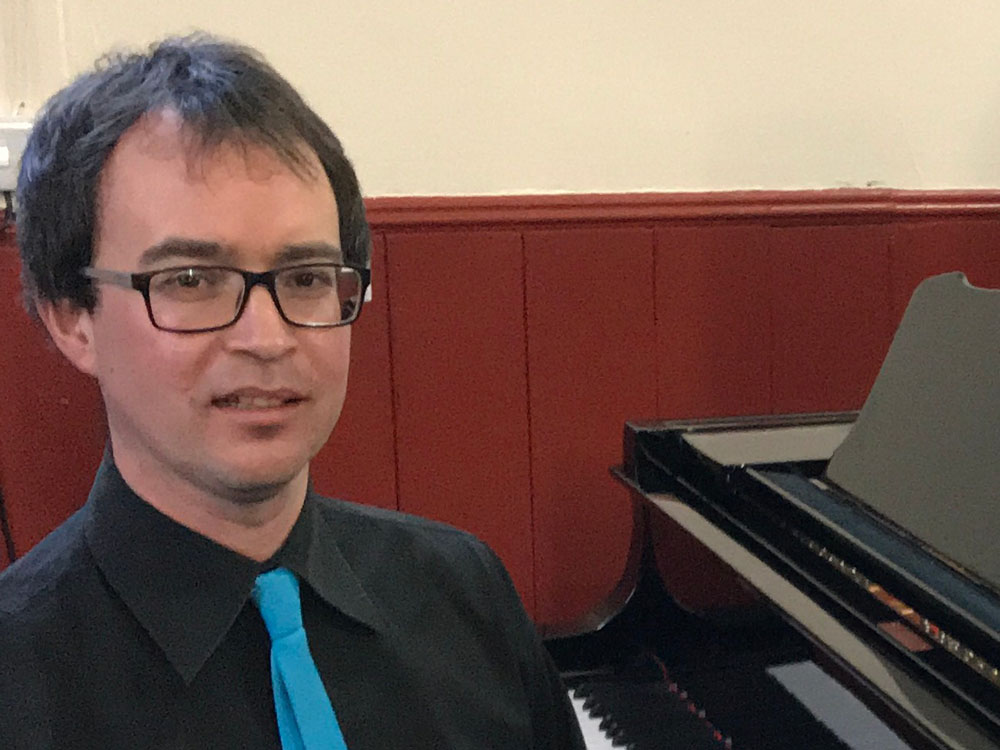 David Hammond grew up in Oxfordshire, where he studied piano with Judy Thompson. He continued his education in York, completing a degree in music at the University of York, and an ATCL diploma under the tuition of Liz Haddon.

Since then he has developed a career as a pianist, specialising in accompaniment. He has worked with many soloists, from beginners to professionals, and with choirs, opera groups and in musical theatre.

He has performed in concert series throughout the country, including Manchester, Carlisle, Lincoln and Wakefield Cathedrals. He has recently performed the piano part in Beethoven’s Triple Concerto with Catherine Strachan, Angelika Stangl and Thirsk Sinfonia. David is a regular musician for services at St Saviourgate Unitarian Chapel, and has previously helped to run their lunchtime concert series.

He has always had a varied taste in music, which has helped to inform his playing, and contribute to his versatility as a performer. While at university he became involved in Javanese Gamelan music which has led to running workshops, composing for the gamelan and leading a community gamelan group in York. Along side this he has been involved in folk music, playing keyboards in Fiddlers Wreck and Rastrum, active and established ceilidh bands in the York area.

As well as performing, David has a keen interest in composition, studying with Bill Brooks and Roger Marsh at the university. His style reflects his eclectic performing career – expect folk melodies, jazz harmonies and rhythms from popular styles of music.