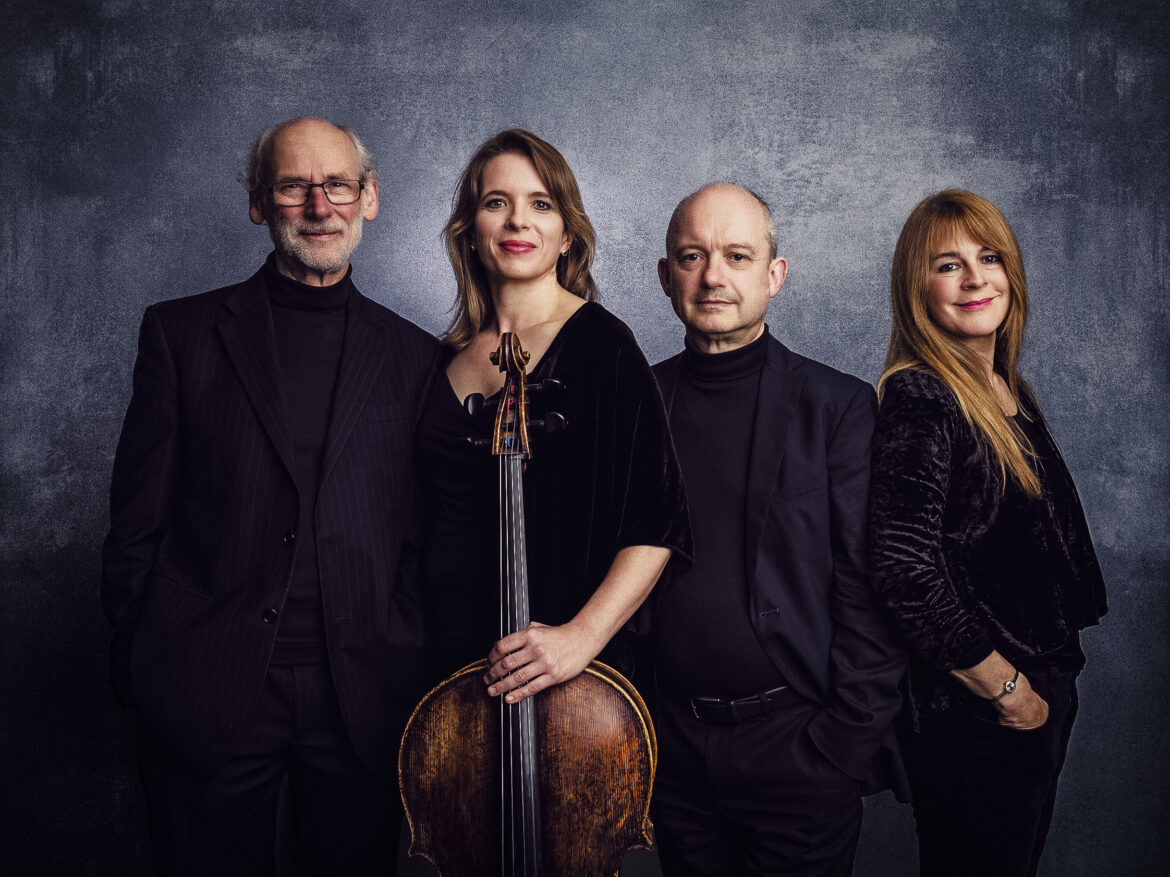 The FSQ is now in its 54th year, having first sat down together at Fitzwilliam College Cambridge In October 1968. International recognition came early, as the first group to record and perform all fifteen Shostakovich string quartets, drawing on the players’ personal connection with the composer: he travelled to York to hear their performance of his thirteenth quartet, and this musical friendship (the composer’s own word!) prospered through correspondence, and the presentation of his final two quartets – written in the years immediately following that visit here.

Whilst their pre-eminence in the interpretation of Shostakovich has persisted, the authority gained has been put at the service of diverse other composers spanning five centuries, from the early 17th to the present day – three of the latter are represented at their York Late Music concert (4 Feb 2023) having between them contributed a good many works to the Fitzwilliam repertoire.

The quartet has appeared regularly across the UK, Europe, North America, the Middle and Far
East, and Southern Africa, as well as making many award winning recordings for Decca, Linn, and Divine Art. The FSQ has also been granted its own annual chamber music festival in the famous “book town” of Hay-on-Wye.