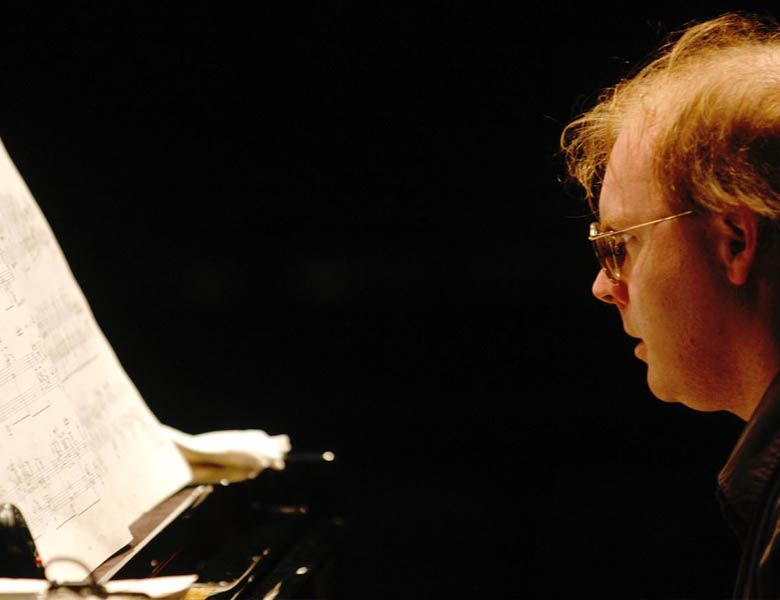 Ian Pace is internationally renowned as a leading performer of new music, having given over 300 world premieres, played in 25 countries, and recorded over 35 CDs. Amongst the composers who have written works for him to premiere are Gilbert Amy, Julian Anderson, Richard Barrett, James Dillon, Pascal Dusapin, Brian Ferneyhough, Michael Finnissy (with whom he is closely associated, and whose complete piano works he performed in 1996 and 2016), Volker Heyn, Hilda Paredes, Horatiu Radulescu, Frederic Rzewski, Gerhard Stäbler, Yuji Takahashi and Walter Zimmermann.

He studied at Chetham’s School of Music, Oxford University, and the Juilliard School with Hungarian pianist György Sándor, later taking a PhD at Cardiff University. He is also a musicologist, and taught at the universities of Southampton and Dartington College before City, University of London, where he is currently Head of Department and Reader in Music. His research encompasses historical and analytical musicology, as well as the study of performance practice, modernist aesthetics, music and culture under fascism, and especially music in twentieth-century Germany. He has published widely on all these issues and a wide range of writings on new music, especially the work of Finnissy and music in Germany from the Weimar era to the present day. Recent recordings have included the complete piano music of Brian Ferneyhough, the complete piano music of Sam Hayden, and recordings of John Cage, Volker Heyn and Horatiu Radulescu.

He has appeared regularly at the York Late Music concerts since 2002.