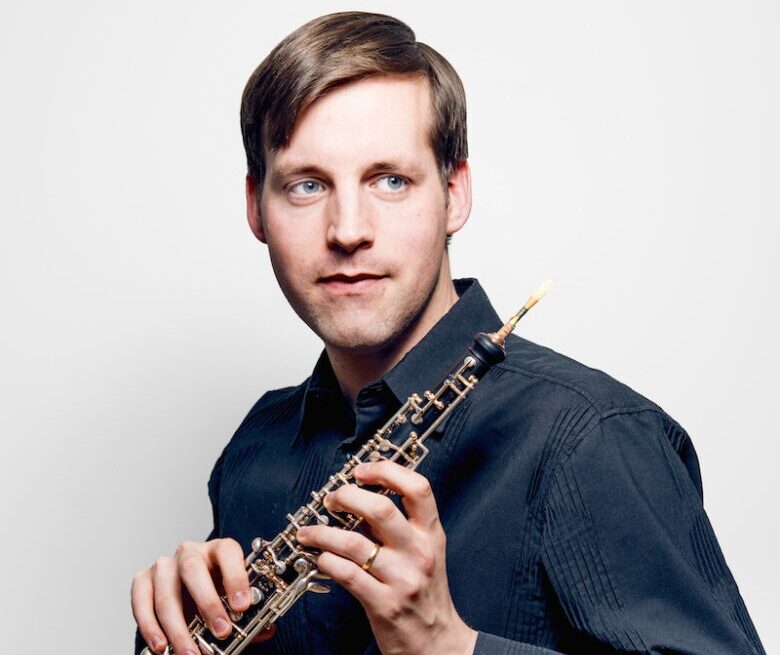 Described by The Independent as “a worthy champion” of contemporary oboe music, James has dedicated much of his performing life to promoting and extending the oboe repertoire. James has performed frequently throughout the UK and Europe including a solo recitals at the Wigmore Hall and live on BBC Radio 3. James has released solo recordings for Toccata Classics, Champs Hill Records, Quartz Music and the ABRSM as well as featuring on a disc of Thea Musgrave’s works for Harmonia Mundi USA.

Gramophone magazine described his debut recital disc, Fierce Tears, as a “notable debut” and it was selected as the Editor’s Choice Recording by Classical Music Magazine. Most recently the Royal Academy of Music recognised his contribution to the music profession by awarding him an ARAM.
James is an active chamber musician and is Artistic Director of Perpetuo. James has also performed with other chamber music ensembles including the Berkeley Ensemble and the Allegri String Quartet.

For more information about James and his playing, visit:
www.james-turnbull.com.