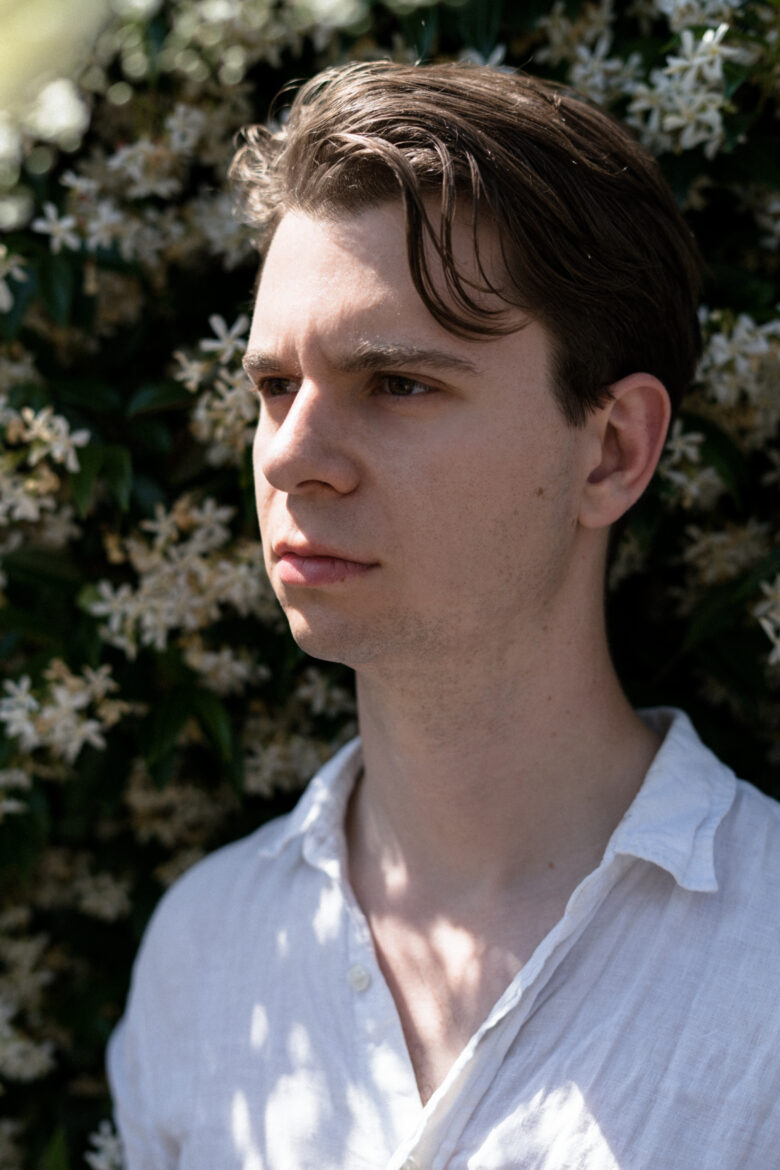 Joe Bates’s music combines hazy, drifting melodies with a novel harmonic language to create a detached but intense sound world. He creates new tunings and tonalities organised by the familiar rhetorics of classical counterpoint and electronic dance music. To writer Tim Rutherford-Johnson, this evokes ‘the court music of a short-lived empire.’ Bates’s first musical love was for the orchestral classics of the Twentieth Century; he spent his teenage years aping Bartók. At university, he became involved in drag and pop and founded a mixed-genre music night, Filthy Lucre. Recently, he has been researching novel tuning systems, trying to think how one might make strange chords sound like home. Joe’s music is born in the collision of these influences, embracing orchestral music, vocal music, and synth-heavy electronics. He writes for himself as a solo electronic performer, and for others using classical notation. His music is inspired by composers from Kaija Saariaho to Giacinto Scelsi, songwriters like Fiona Apple and D’Angelo, writers like Ursula Le Guin and Derek Parfait, and artists like Hilma Af Klint and Abu Al-Hasan. His recent recordings include a release on the label October House, Us Alone, with cellist Séverine Ballon. You can follow his work on his website, joebates.co.uk.