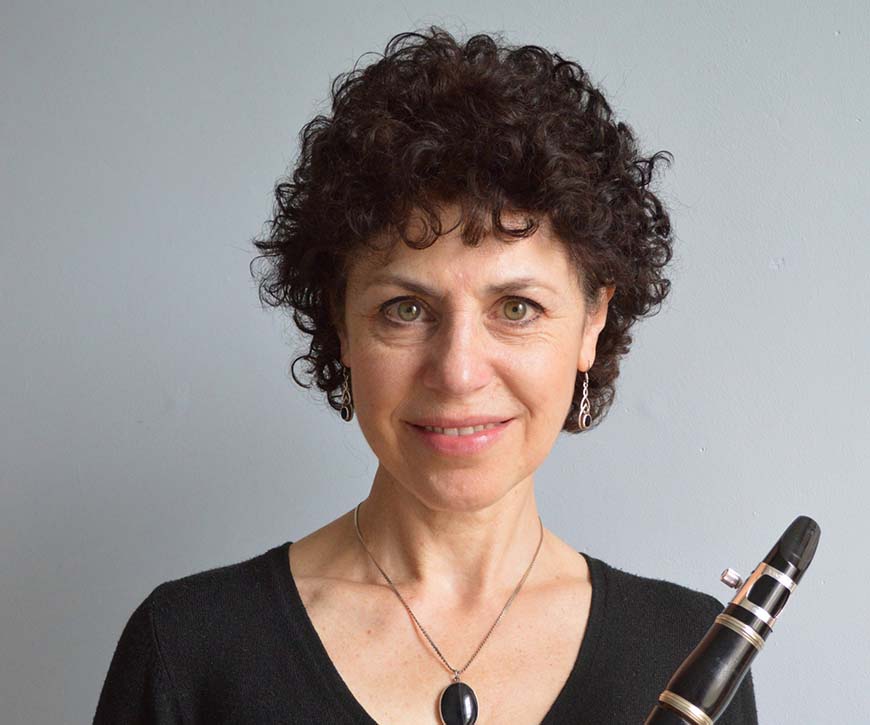 Lesley Schatzberger has been at the forefront of historical instrument performance since her student days, whilst also remaining active in a broad range of music making. After studying at the junior department of the Royal Manchester College of Music, she went on to the University of York, and then to the Royal Academy of Music, where her teacher was Alan Hacker. Soon afterwards she took part in pioneering performances of Haydn, Mozart and Beethoven on period instruments, which led to her appointment as principal clarinet with Roger Norrington’s London Classical Players and then also in John Eliot Gardiner’s English Baroque Soloists and Orchestre Révolutionnaire et Romantique.

In addition, she has played regularly with the Age of Enlightenment and Christopher Hogwood’s Academy of Ancient Music, with which she has also appeared as concerto soloist. Guest appearances with orchestras
in Europe and the United States have been a feature, and she has recorded and toured extensively with Stockhausen’s chamber ensemble. Other solo/chamber recordings include various clarinet quintets by Mozart and Brahms, Mozart’s Gran Partita K.361, the two Konzertstücke for Clarinet, Basset Horn and Piano by Mendelssohn, Schubert’s Shepherd on the Rock, and Spohr’s Six German Songs. She has been professor of early clarinet at the Royal Northern College of Music, and in 2006 was made an honorary Doctor of the University of York – where she still teaches. Lesley’s time is now divided between her playing/teaching and the running of Jessie’s Fund: the charity was established in memory of her daughter, Jessica, who died of a brain tumour in 1994 at the age of nine.