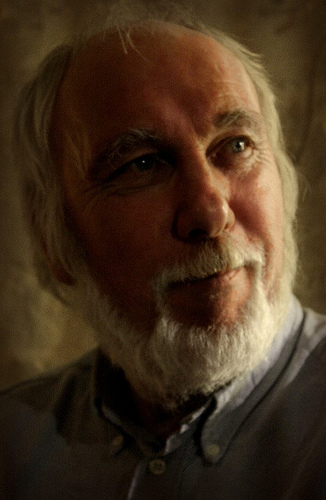 Michael Parkin’s music has been broadcast and widely performed in Britain, Europe and the U.S. Prizes include the Yorkshire Arts Young Composers’ Competition (1978), the MidNAG award (1979) and his work ‘Elegy’ for solo alto flute was one of only two UK works selected for Gaudeamus International Musikweek in the Netherlands. ‘Inevitable Inventions’ was awarded first prize in the 1996 Match TM Composition Award. In 1994 he was one of the featured composers at the Vale of Glamorgan Festival and he has since been regularly programmed at the festival.

In 2006 he received the prestigious Creative Wales Award to enable him to write two large scale orchestral works.

His work ranges from a chamber opera, ‘Cheap Tricks’ (1984), to a large number of solos and duos written for individual performers; notably ‘Inevitable Inventions’ (1994) for the violinist Madeleine Mitchell, ‘Music for the Cyber Cafe’ for the clarinettist David Campbell, and the solo trombone piece ‘Sinfonia’, premiered by Barrie Webb at the 1987 Huddersfield Festival of Contemporary Music.

In contrast to the reflective, internalised nature of these pieces, recent work over the last ten years, such as the 4 string quartets, and the orchestral works ‘Still Life’, ‘Srebrenica’ and ‘On the Banks of the Nile’ mark a return to a much more dramatic and public language, using large scale forms and forces.