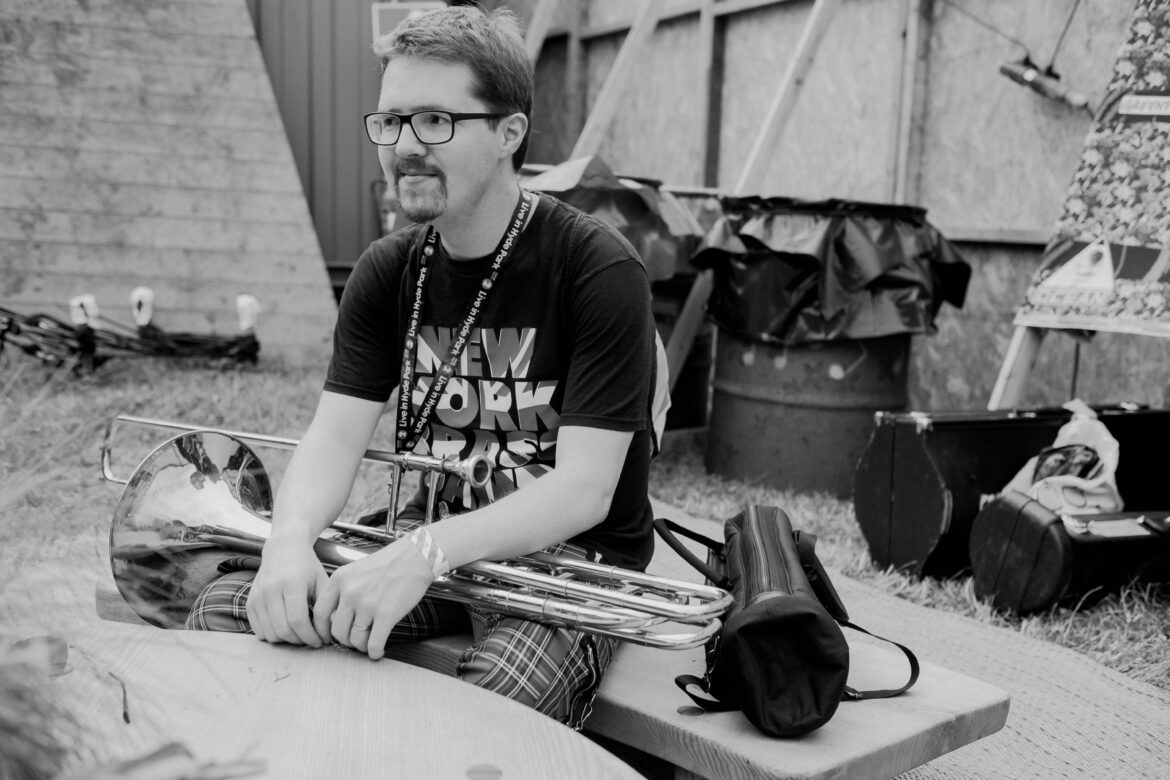 As a bass trombonist and pianist, Murphy engages in a wide range of music, including classical, jazz, rock, folk, electronic, and experimental, and has performed in two Glastonbury Festivals as part of the New York Brass Band. He has recorded on multiple albums, most recently Mythical and Angry, a funk collaboration with progressive rock drummer Andy Edwards, and Flora Greysteel’s From the Ground.

His background in musical direction includes an installation at the Illuminating York festival in 2016 and a four-star reviewed run of Gavin Bryars’ Jesus’ Blood Never Failed Me Yetat the Edinburgh Fringe in 2019. His ensemble research has been published in several books, including his monograph Embodied Knowledge in Ensemble Performance.