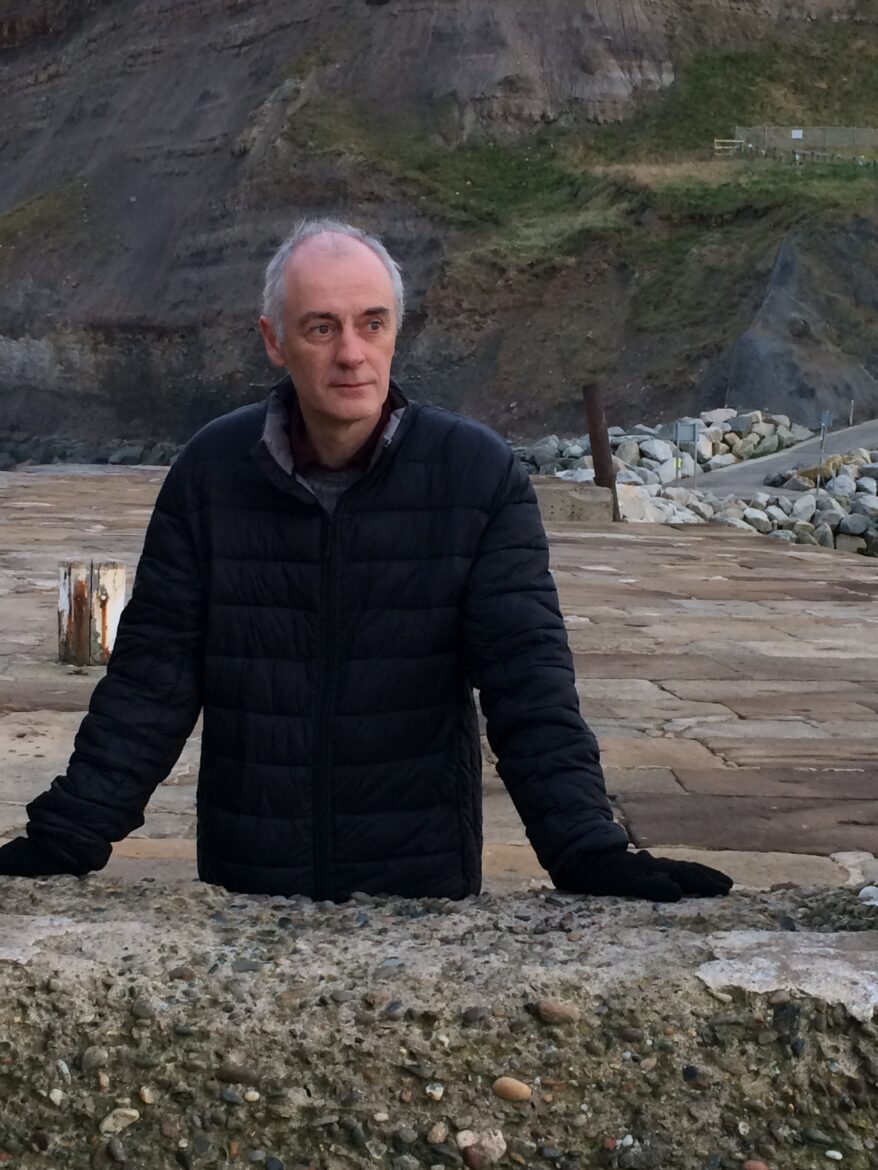 I have been writing music for longer than I care to remember! That said, I can work out pretty much exactly when I started. At school a classmate nagged me into listening to the top twenty chart rundown on BBC Radio One on Sunday evenings convinced I would love it – and I did. I greatly enjoyed much what I heard – particularly Slade’s Cum on Feel the Noize which was at number one at the time. The following week I listened again and Slade were no longer at number one. A quick google search therefore enables me to determine that my first listen was on Sunday 25th March 1973. Almost immediately after that, I suggested to my brother Rick and our friend Gary that we form a group. We did so and called it the Gs (pronounced to rhyme with ‘sneeze’). We wrote our own songs simply because we couldn’t play anyone else’s. I had been learning the guitar for two years but, prior to hearing the charts, it had never occurred to me to write anything. But when I started writing music it really unlocked something in me and this stayed with me. Anyhow, we did our gigs in Gary’s garage and charged the kids two new pence to come. On one occasion we had an audience of 15. Many years later, I would very occasionally find myself at a contemporary classical music concert with an audience smaller than 15 and I would smile to myself and think of the Gs.

A few years later, I got into David Bowie in a big way via a charismatic local character called Michael Warren. At that stage, Michael was in his Ziggy Heroe persona – he walked, talked, dressed and acted just like Bowie. It was quite something – and he was never out of character. He did impressive Bowie-centred gigs too. Through him and his concerts, I started buying Bowie’s albums and was greatly impressed. My own songs became more distinctive and experimental.

It was a lively rock scene in York at the time – so much so that the local press decided to make a compilation album of the best of us. Studio recorded ready-to-go tracks had to be submitted. I submitted my song Two Messages and it was accepted. The compilation LP – New Belief in Old Cities – appeared in 1983 and was my very first appearance on record.

However, with Bowie it was increasingly the electronic instrumentals on sides 2 of Low and ‘Heroes’ that made the lasting impression. They got me into Eno and then ever more experimental music. A name that kept coming up was Stockhausen. In due course, I gave up writing rock music and started writing contemporary classical music and went to study composition at Huddersfield with Richard Steinitz. I immersed myself in contemporary classical music, not least thanks to the Huddersfield Contemporary Music Festival. Further study took place at Newcastle with Steve Ingham and, in particular, at York with Roger Marsh.

But the real breakthrough came in the late 1990s. I had got to a difficult period compositionally and, to resolve this, I decided to write some piano music that would never be performed – the idea was to see what really mattered to me as a composer when all external expectations etc were removed. The result was my Eight Miniatures for Piano. With these I had found my true voice and, once that became apparent, I relented and decided the Miniatures could be performed after all. Most of my music prior to the Miniatures has now been withdrawn.

Since then, I have written about 50 works. Songs and other vocal works are the backbone of my output but I have also written for various chamber ensembles, a single orchestral piece and a handful of electronic works. I have also tried my hand at videos and multi-media works. But songs remain at the centre because, I think, the texts both add a dimension to work that I can’t achieve with music alone and the texts also suggest music to me that I would otherwise not think of.

You can find out more about my work at www.davidpowercomposer.co.uk

My work appears on the following LP and CDs