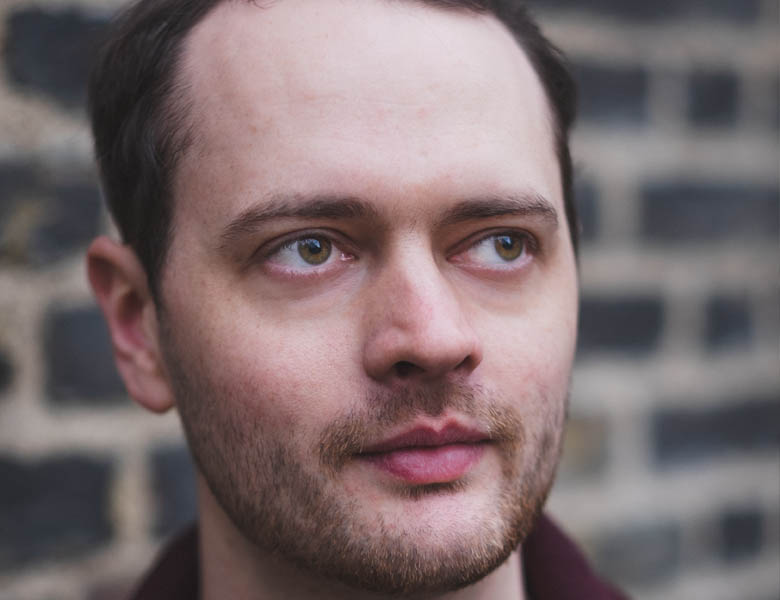 Patrick John Jones was born in London in 1989. He writes music for acoustic instruments that is most often performed in concert halls and occasionally in museums, art galleries, and libraries

His work has been described as ‘strange, eerie…expressive’ (Britten Sinfonia Blog), ‘assured…compelling’ (Bachtrack), ‘acerbic’ (The Guardian) and ‘remarkably fresh’ (The Philharmonia Blog).

Patrick is currently working on a new orchestral piece as part of the London Symphony Orchestra’s Panufnik Scheme. His music has been performed by many leading artists and ensembles, including the Britten Sinfonia, Ensemble 10/10, the Philharmonia Orchestra, Quatuor Diotima, Mahan Esfahani, The Kreutzer Quartet, Octandre, Psappha, the Tritium Trio, the Berkeley Ensemble, and the Ulysses Ensemble. He was a joint winner of the Calefax Composers Competition 2020, and received the RPS Composition Prize in 2015 and the Britten Sinfonia’s OPUS award in 2014.

Patrick was an artist-in-residence at the The John Rylands Research Institute (2019-2020). In 2018 he completed a PhD in Composition at the University of York, supervised by Dr Thomas Simaku and funded by the AHRC. Prior to this, he completed an MMus in composition at Kings College London and a BA (Hons) in Music at the University of York. He has taken part in a number of courses and summer schools for emerging composers, including the advanced composition course at Dartington Summer School (2019), taught by Harrison Birtwistle, the Britten-Pears Composition Course (2017), taught by Oliver Knussen, Colin Matthews, and Michael Gandolfi, and the Philharmonia Academy (2015-16), mentored by Unsuk Chin.