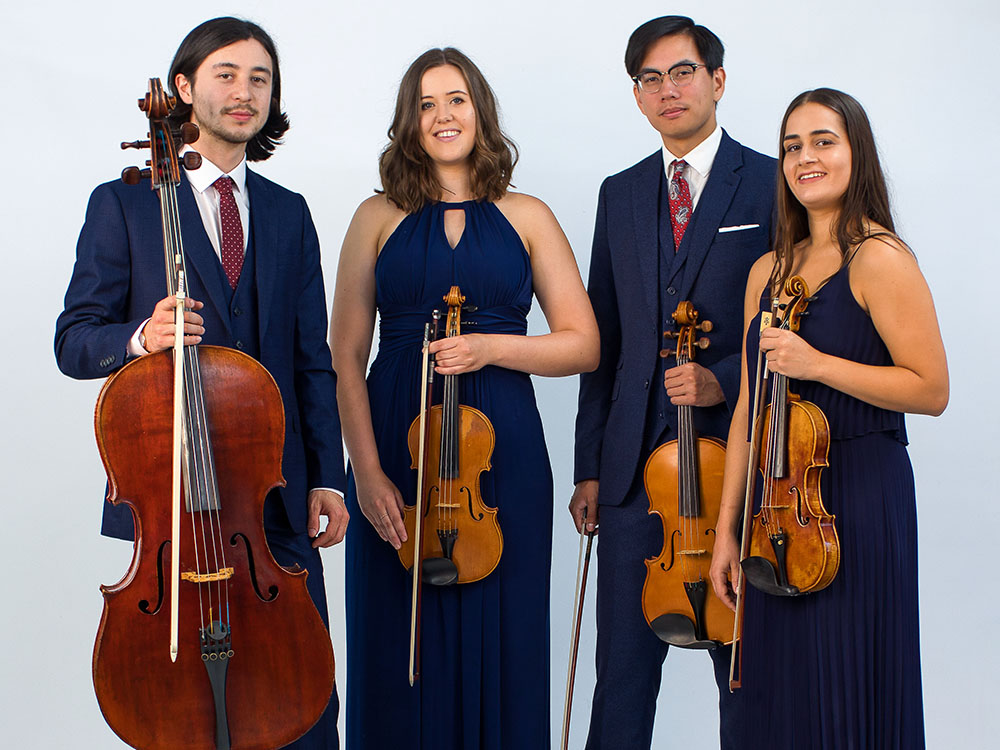 As friends joined by their love of chamber music, the Resol String Quartet formed in 2018 at the Royal Conservatoire of Scotland. Taking their name from the Catalan word meaning ‘reflection of sunlight’, the quartet were brought together by their shared vision to make classical music more inclusive and accessible. The group feel just as at home in educational settings and village halls as on the concert platform, and strive to blend all this work together.

In May 2021, the quartet were awarded both the First Prize and the Audience Prize in the CAVATINA Competition at the Wigmore Hall. Since then, they have performed in many leading venues in the UK including Perth Concert Hall, the Usher Hall and Conway Hall. In their 21/22 season they were named as one of Chamber Music Scotland’s ‘Ones to Watch’ and were accepted to work with Live Music Now Scotland. They have appeared live on BBC Radio Scotland’s Classics Unwrapped and  performed on BBC Scotland’s Scotland’s People 2022 alongside Brit Awarding winning artist Tom Walker. Recently the quartet were selected as a Britten Pears Young Artist for the year 2022-23.

Education is an important aspect of the quartet’s work. Each concert tour sees them visit local schools in the communities in which they perform.

Recently the quartet were grateful to receive a large grant from the National Lottery through Creative Scotland to support their outreach and performance activities for the second half of their 2022/23 season.