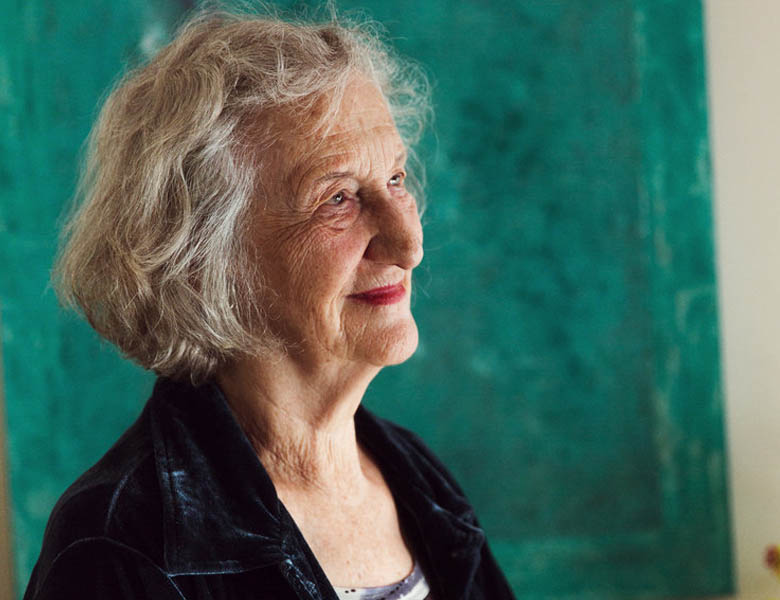 Rich and powerful musical language and a strong sense of drama have made Scottish-American composer Thea Musgrave one of the most respected and exciting contemporary composers in the Western world. Her works are performed in major concert halls, festivals, and radio stations on both sides of the Atlantic.

Known for the clarity of her invention, the skill of her orchestrations, and the power of her musical communication, Musgrave has consistently explored new means of projecting essentially dramatic situations in her music, frequently altering and extending the conventional boundaries of instrumental performance by physicalizing their musical and dramatic impact: both without programmatic content (such as the Clarinet Concerto, the Horn Concerto, the Viola Concerto, and Space Play), and others with specific programmatic ideas (such as the paintings in The Seasons and Turbulent Landscapes, the poems in Ring Out Wild Bells, Journey through a Japanese Landscape, and Autumn Sonata, and the famous Greek legends in Orfeo, Narcissus, Helios, and Voices from the Ancient World); — all extensions of concerto principles. In some of these, to enhance the dramatic effect, the sonic possibilities of spatial acoustics have been incorporated: in the Clarinet Concerto the soloist moves around the different sections of the orchestra, and in the Horn Concerto the orchestral horns are stationed around the concert hall. Thus, the players are not only the conversants in an abstract musical dialogue, but also very much the living (and frequently peripatetic) embodiment of its dramatis personae.

Her ten large-scale and several chamber operas of the past 40 years beginning with The Voice of Ariadne (1972) and followed by Mary, Queen of Scots (1977), A Christmas Carol (1979), Harriet, The Woman Called Moses (1984), Simón Bolívar (1992), Pontalba (2003) are in every sense the true successors to these instrumental concertos.
Musgrave has been the recipient of many notable awards including two Guggenheim Fellowships, the Ivors Classical Music Award 2018, and The Queen’s Medal for Music. She was awarded a CBE on the Queen’s New Year’s Honour List in 2002.