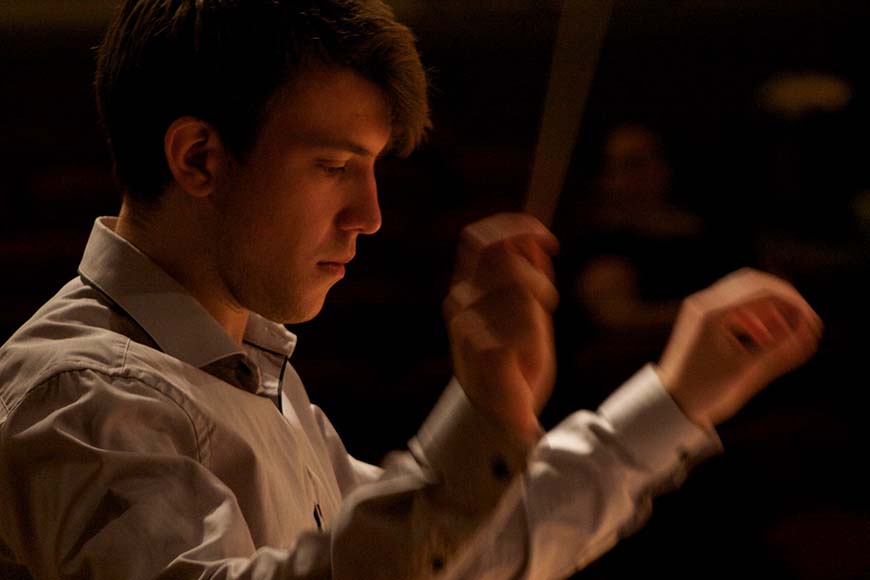 James Whittle is a composer-performer who devises collaboratively. His work blends music, theatre and movement – often with a satirical edge – influenced by performance art and dance-theatre practices. This spring he completed a PhD, titled ‘Music is Theatre’, supervised by Professor Roger Marsh at The University of York. During the PhD James held residencies with Live Art Bistro, Leeds, Castaway Music Theatre, Goole, and Banff Centre for Arts and Creativity, Canada, plus received the Terry Holmes Prize 2013 and Lyons Celebration Award 2015.

A self-taught conductor, he has directed world premieres of new ensemble works at HCMF (2014), of a chamber opera at Tête à Tête Opera Festival (2012), plus numerous other pieces, including UK premieres of pieces by Hans Werner Henze, Kaija Saariaho and Beat Furrer. He has programmed and directed yearly concerts with the Late Music Ensemble since 2014. James also writes the music for acclaimed podcast sitcom, Wooden Overcoats, described by BBC Radio 4 as “The Archers meets Six Feet Under”.