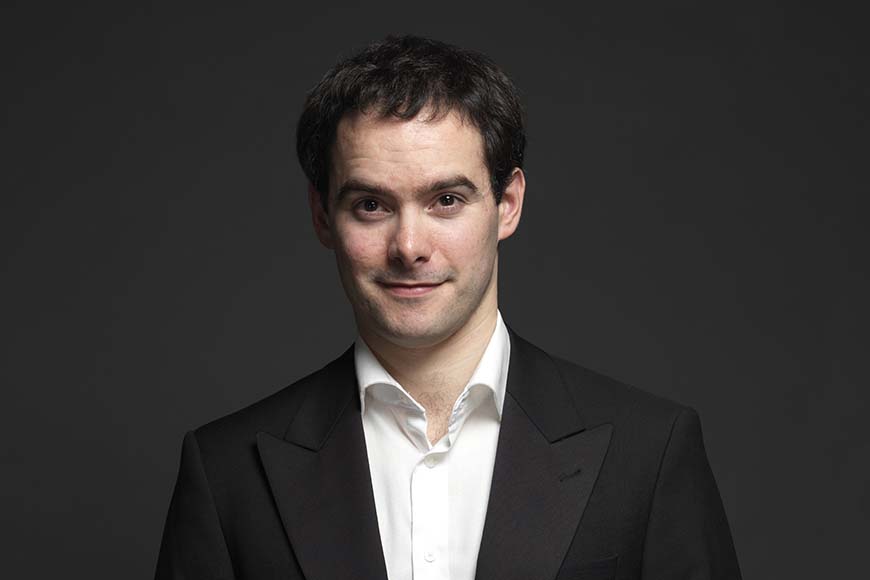 “It took all of about two bars to be utterly entranced.” – The Herald

Heralded for performances of “spectacular musicianship and technical brilliance” (The Scotsman), “evangelizing urgency” (International Record Review) and “freshness and lucidity” (The Herald), James Willshire performs internationally as soloist and chamber musician. He appears regularly at the major UK concert halls, including the Bridgewater Hall, Barbican, Glasgow City Halls, and Royal Festival Hall, and has broadcast live on BBC Radio 3.

A regular performer of contemporary music, James has given world premiere performances of works by Ronald Stevenson, John McLeod, Rory Boyle, Jay Capperauld, Euan Ferguson and Richard Greer. James’s debut recording on Delphian Records featured the complete piano music by Boyle; it was released in 2011 to critical acclaim, including a five-star review from The Scotsman. In October 2013 his recording of piano music by Ronald Stevenson was released. The CD was reviewed by BBC Music Magazine, Gramophone, received a five-star review in Classical Music magazine, and was awarded an IRR Outstanding by International Record Review. Other press interest for the recording included articles in The Guardian, The Sunday Times, The Scotsman, Sinfini Music, The Arts Desk and MusicWeb International.

Future concerts include the Debussy 2018 project, where James will be performing the complete solo piano music by Debussy throughout the year. These concerts include complete cycles in Glasgow and Edinburgh, and individual concerts in the Leeds International Concert Season, at Chetham’s School of Music and at St Andrew’s University.